A seemingly unfinished version of the game, accessible from the savefile used to get the page 9 golden path. To reach it, you need to die in this savefile. The way to do this is to input the code in the manual for a firebomb, hurt ourselves with it, then do nothing until you die. Once done, you respawn in a brand new area full of unfinished enemies and level geometry.

There is also a large mural at the top of of the initial area, in front of a small pool. The mural reads above "EXPLORE", below "TRIUMVIRATE" and in the hexes (clockwise from top) "REASON", "GRACE" and "POWER". 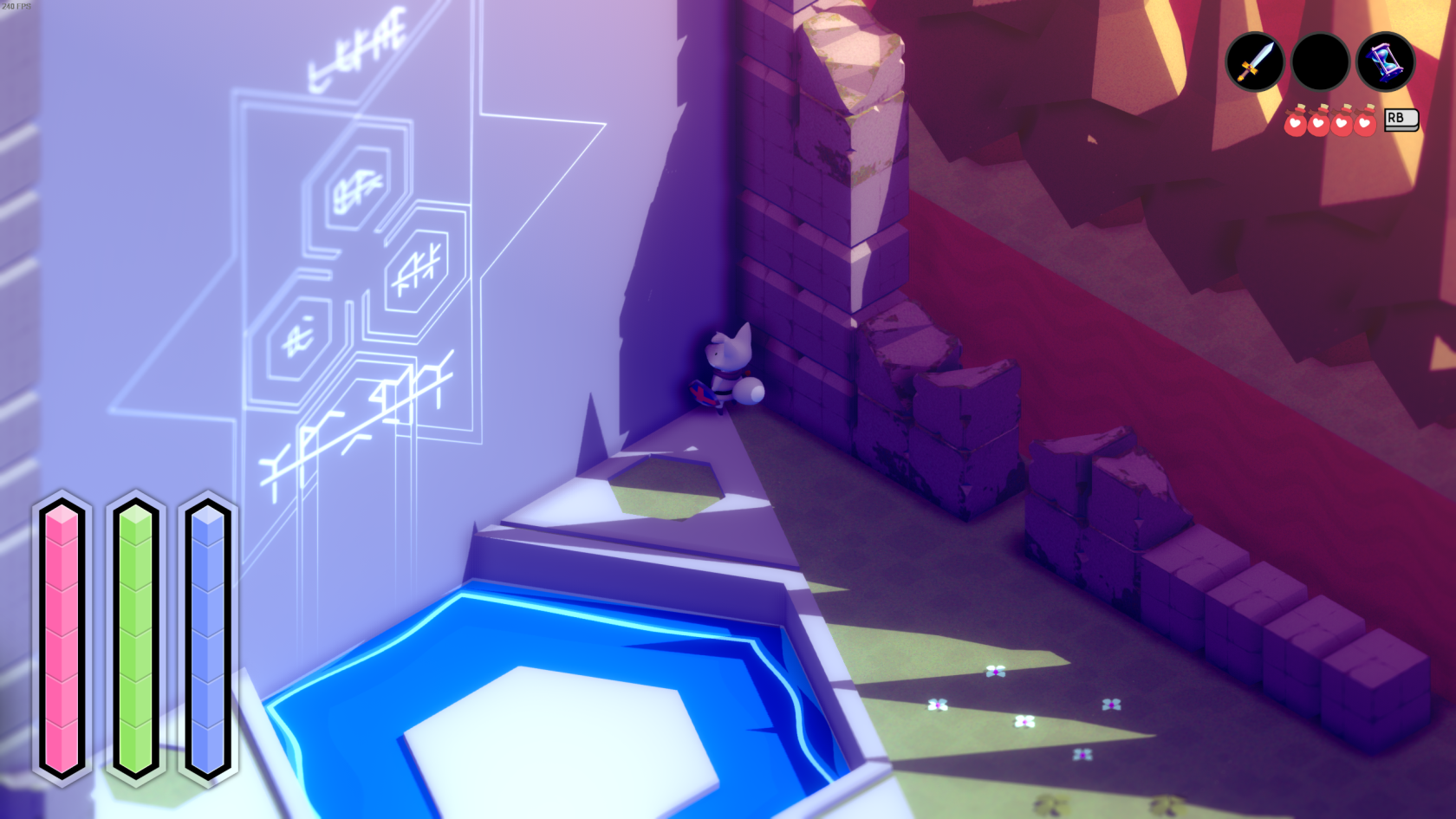 A few enemies or entities that don't appear in the rest of the game appear here. These enemies are in various states of completion. Some are fully targetable, have behavioral programming, and have idle animations while others seem to be only motionless models. The Devworld also features enemies that do appear in the overworld on a normal save file.

There is a manual page on a small island which, when picked up, appears to be at index -1 of the manual. There is no content (as in, the view appears to be fully transparent), and flipping the page forwards ends up with the manual at the first page of the unfinished manual, with no way to refer to back to the original page. Picking this page up does not increase the page count of the save file.

Getting Out Of Bounds

The collision and bounds in this world are much less polished than in the game, and as a result there are at least a few methods of getting out of bounds and walking on the water. One is to find the pink cube entity and attempt to push it up the stairs, after which it will teleport down the stairs, and walking into it will push the player back in unusual ways, potentially allowing you to get out of bounds. This allows the player to walk on water, although the ramifications of this have not yet been fully explored.

Revisions
Export
Back to top