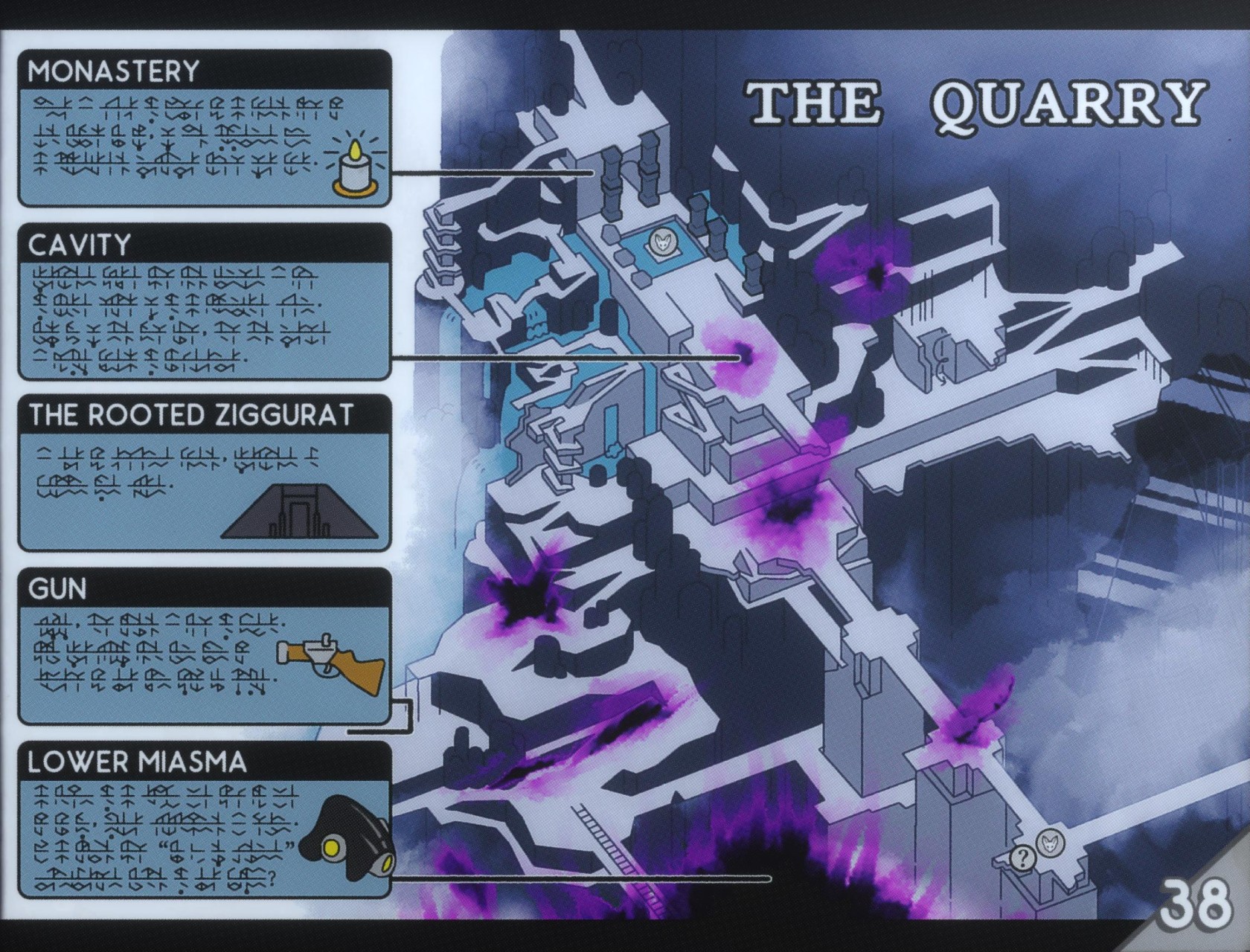 Monastery
Once a place of worship for the gods thought to live beneath the earth, it was abandoned when the cathedrals influence reached its peak.

Cavity
Exposed fossil that has dented a patch of local truth out of the canonical plane.  Being near it does not hurt, but does instill a terrible feeling of hopelessness.

The Rooted Ziggurat
A house for strange gods, exposed by erosion and greed.

Gun
Powerful, but uses a lot of magic. Savvy explorers have been known to quest for this soon after their arrival.

Lower Miasma
The bottom of the quarry will sap your will to go on, unless precautions are taken.  Were the rumors that "The heir is poisoned" misunderstood because of this miasma?

Revisions
Export
Back to top